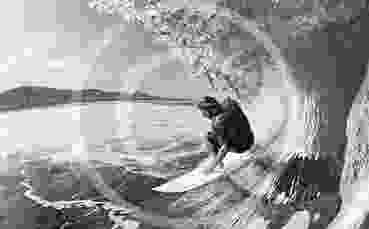 Twenty-five years ago, Costa Rica pioneered the ecotour—and it’s only gotten better.
Before they were married, Mark and Eliza Eisendrath hiked the eastern coast of Africa. As newlyweds, they hunted caribou in the far north of Quebec. Then they had their first child, and then a second, and the traveling stopped—for a while. But finally, this past winter, with the kids now four and two, it was time to refire the travel jets and take a full-blown family vacation. Their choice? Costa Rica.

Bridging the gap between the Caribbean and the Pacific in the heart of Central America, Costa Rica is the epitome of an ecotourism paradise. It was in the Monteverde Cloud Forest Reserve that the trend took hold 25 years ago—before any other country in the region—and the Ticos, as the locals are known, have been fine-tuning it ever since. To hardened backpackers, this sort of well-trod vibe is sometimes considered a liability. For the rest of us, Costa Rica’s astounding diversity and easy access put the exotic squarely within reach.

People like the Eisendraths can get a taste of their adventurous days without schlepping their children through hell to find it. Daring women can placate reluctant husbands with good food and plush digs while they’re off tracking wildlife in the jungle. And die-hard paddlers and surfers have more churning rivers and private breaks to explore than they have time.

To get the most out of a trip to Costa Rica, consider the vacation a series of short, contained journeys, each distinct from the next. The jungle-covered volcanoes of the central highlands are worlds apart from the dry,
cactus-studded hills of Guanacaste or the deserted beaches of the Península de Osa. In any other place, linking such disparate geographies would be a chore, but because of Costa Rica’s size—a touch smaller than West Virginia—you can string them together with ease.

The only problem you’ll have in Costa Rica is that, given the profusion of opportunities, you’ll strain yourself trying to do it all. Resist the urge. The perfect trip should take in two regions in a week or so. Any more and you’ll miss out on those subtle but sublime moments: spending a few hours in a saddlemaker’s shop in San José or opting for the extra-long loop on your cloud-forest hike. Any less and you’ll end up whiling away your entire vacation in the hammock of a jungle lodge—which, all things considered, could be worse.

Hike a Smoking Volcano
The three-day circuit from lava-spurting Volcán Arenal to the cloud forests of Monteverde is the trip that jump-started the ecotourism boom in Costa Rica. Accessible from the funky hub of La Fortuna, the area around Arenal is rich with hot rivers and warm caves and home to top-drawer hiking and biking in Arenal National Park. Monteverde boasts some of the most renowned forests in Central America, where bromeliads are backed up like rush hour traffic on the arms of buttressed ficus trees. If you’re lucky, you’ll catch a glimpse of the quetzal, an ornately plumed bird sacred to the ancient Mesoamericans. One must-do is a canopy tour near Monteverde. Flying along on a network of ziplines a hundred feet up in the treetops may seem a little campy, but it’s still a bona fide Costa Rican classic. Selvatura Park, in nearby Santa Elena, has some of the best maintained.

Raft a River Classic
“There are a lot of great rivers in Costa Rica, but the Pacuare ranks as one of the great rivers of the world,” says Michael Kaye among the country’s most long-standing guide services. “It’s on par with the Middle Fork of the Salmon, only the water’s a lot warmer.” More than 22 miles (35 kilometers) of Class II–IV rapids, deep jungle, and even deeper canyons make two days on the river a quintessential Costa Rican odyssey

Base Camp: The Pacure River Jungle Lodge is hewed Swiss Family Robinson style from rich jungle woods and offers something no other Pacuare accommodation does: hot water.

Go on a Jungle Safari
While the backyard of an average Costa Rican home can be a safari in itself, most wildlife lovers head to Tortuguero. This network of beaches and black-water canals in the country’s northeast is rife with caimans, jaguars, tapirs, and massive leatherback, hawksbill, and Caribbean green sea turtles that nest seaside throughout the year.

New and affordable flights have also made the old-growth jungle of Corcovado National Park, on the Península de Osa, in the southwest, an emerging center for fauna junkies. Soaring trees, sun-rebuffing canopy, and flocks of red macaws—give yourself four days to do it right.

Surf a Legendary Break
Costa Rica has Central America’s greatest concentration of well-charted, accessible surf breaks. At the heart of the action is Tamarindo, a party town in the country’s northwest with surfing schools, board rentals, boat hires, and head-high summer swells. For something more off the radar (but requiring at least four days), experienced surfers head to the thatch-hut surf eden of Pavones, in the country’s far southwest. The break is one of the longest lefts in the world—about half a mile when it’s hitting right—and the scene is made up of surf nomads down for the summer.

WHEN TO GO:
In most of the country the dry season runs from late December through April, and the rainy season is May through November, also known as the Green Season. For surfers, the best swells hit in summer.

Privately escorted in a modern air conditioned bus with a naturalist guide is absolutely the best way to go. If you would like more reassurance of this, please call our office and we’ll explain all the options to you.

WHAT TO BRING: You can get most everything you need in San José or Tamarindo, but bring along some top-notch bug spray, such as Cutter, a light rain jacket, flash light and an umbrella as well. No matter what time of year you visit, you’ll definitely need both.

THE FAMILY AFFAIR: Shuttling between the forests and mountains of Monteverde and Arenal and the beaches of Manuel Antonio National Park.The highlight comes on the last day, when you choose between a zipline canopy tour and an outrigger canoe trip off the beach. Talk to one of our agents in Costa Rica and we can set up the exact vacation you wish for your family.It doesn’t cosyt anymore to have a customized vacation, that’s what we do.To see some of our multi region tours: CLICK HERE

THE HONEYMOONERS: Bill Beard’s arranges some of the best custom tours in Costa Rica. For postnuptial decompression, we highly recommend our “Magical” cloud forest, volcano, hot springs and Pacific Ocean Beaches for your unforgettable honeymoon in Costa Rica. To see this honeymoon package: CLICK HERE

Our agents can set up the all inclusive or al a carte vacation package and itinerary you want throughout the country. There is no charge for our service and we’ll save you money and lots of time and you’ll get the vacation you want.  Bill  Beard’s reservation office is located in La Fortuna, Costa Rica in the  shadow of Arenal Volcano, behind the Catholic Church near the world famous hot springs.