What will you see?

Scuba divers are al lucky bunch and are part of the few that will be able to have encounters with these magnificent marine life beneath the sea. Here are a few main players that divers may have a chance to see.

Giant Pacific Manta Ray – Ranges in size from 14 to 24 feet, found year around in local waters, Bat Islands and schooling around Catalina Islands in the colder winter months. Filter feeders with large mouths and lobes to help gather plankton. 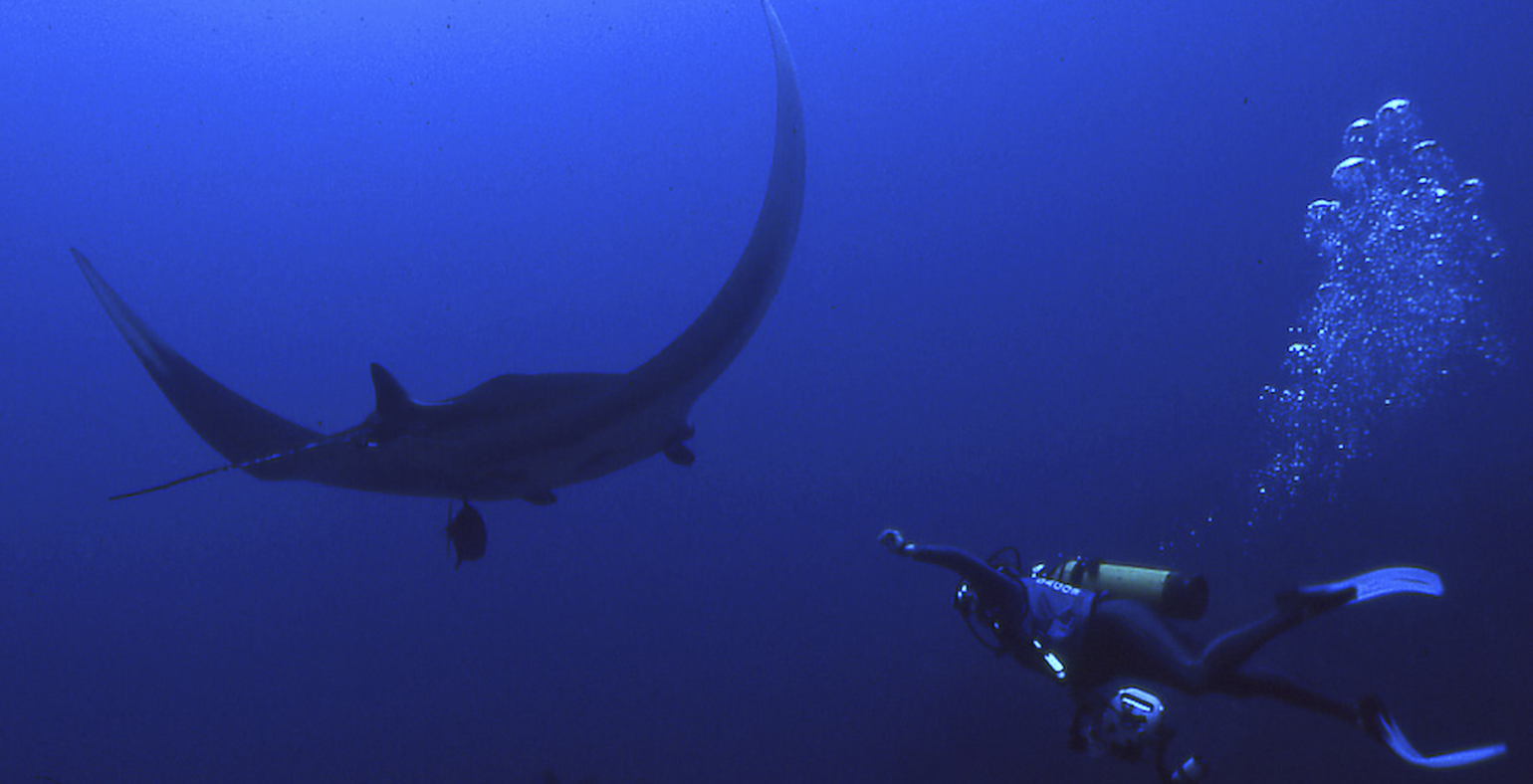 Spotted Eagle Ray – Usually in graceful squadrons of 15 to 20 in the Gulf Of Papagayo circling volcanic rock pinnacles and islands. May be seen solo digging shell fish from the sandy bottom. 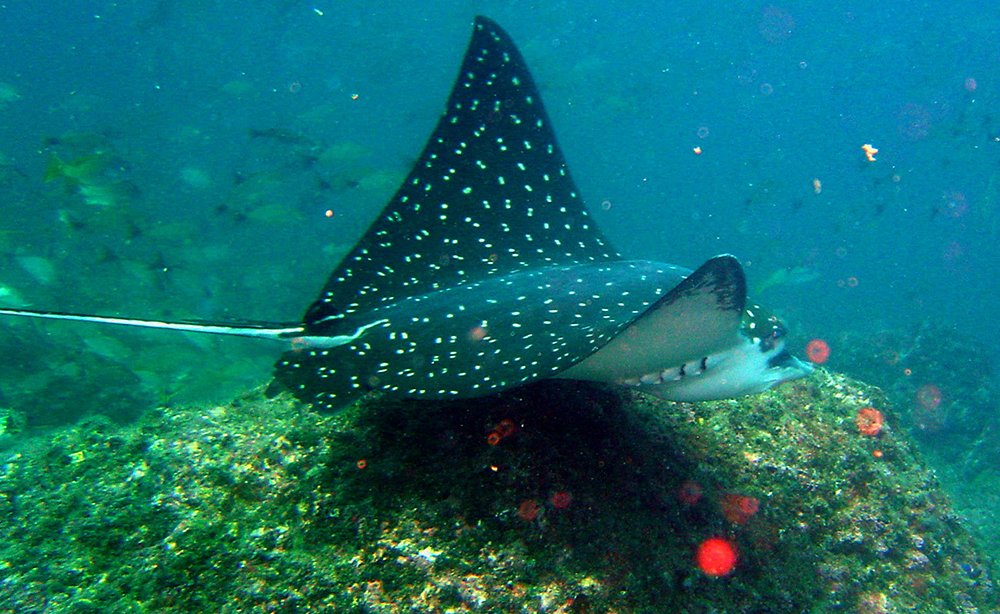 Frog Fish – Members of the anglefish family, this short and stocky fish is a master of camaflauge often being mistaken for ocean debri. This anguish preditor has modified pectoral fins which allow it to “walk” along the ocean floor. Colors may be orange, brown, red and yellow 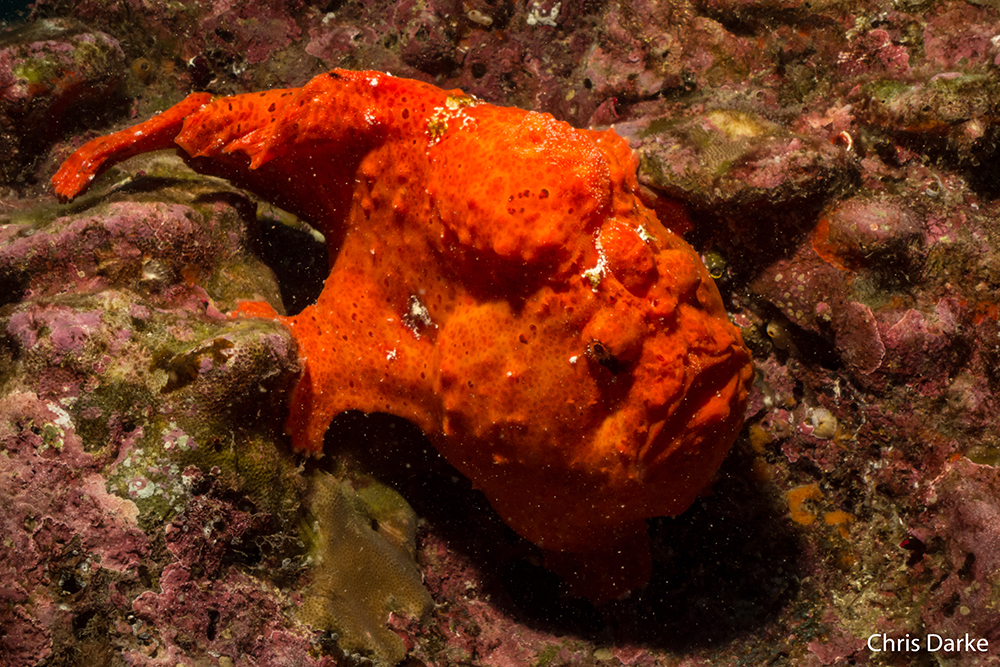 Bull Shark – Mostly found around the a cleaning station at Bat Islands. Sizes range from 9 to 12 feet but larger ones have been sighted. Catalina Islands has small bull sharks around 5 or 6 feet. Have never presented a problem for divers 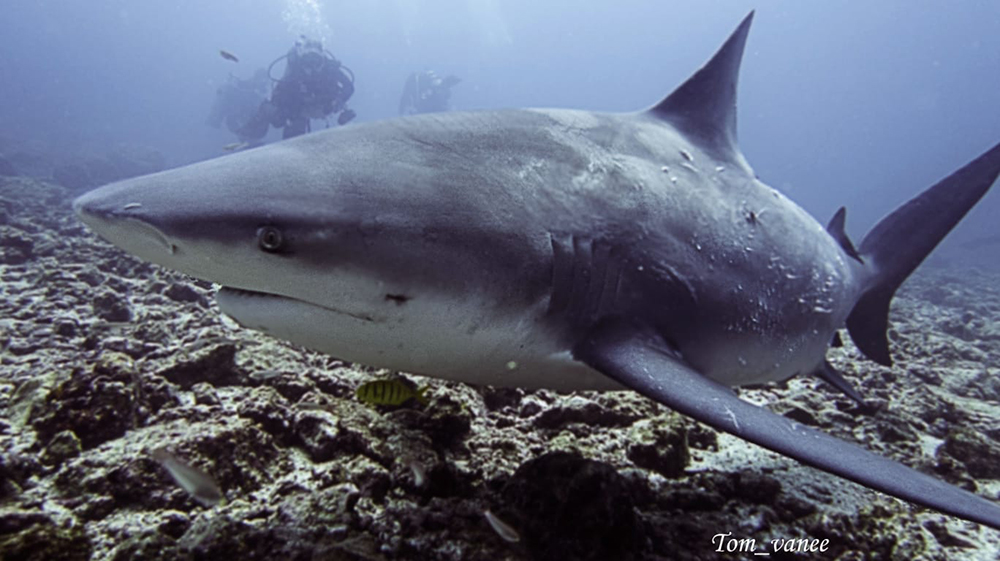 White Tipped Reef Shark – Divers will usually find these non-aggressive sharks resting on the ocean floor during the day getting ready for hunting at night. They are easily distinguished by their dorsal and tail fins dipped in white. May be closely approached. 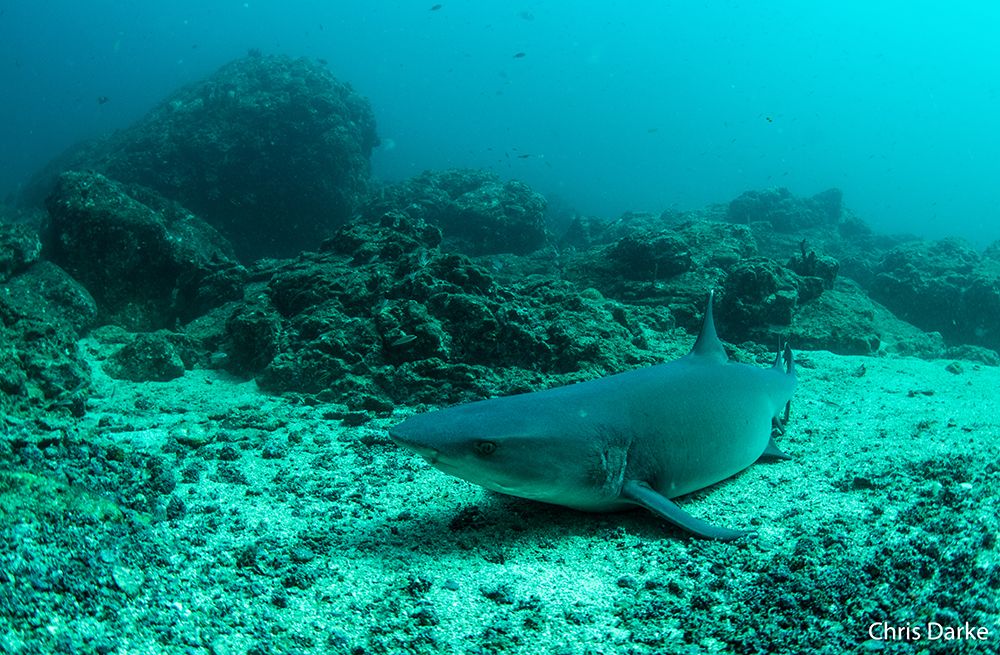 Blennies – Macro marine life at its cutest. If you keep your eyes open you might find yourself staring into its puppy like eyes. Burrowed into reefs or the ocean floor, these bottom dwellers will stay put, waiting for food to swim by. 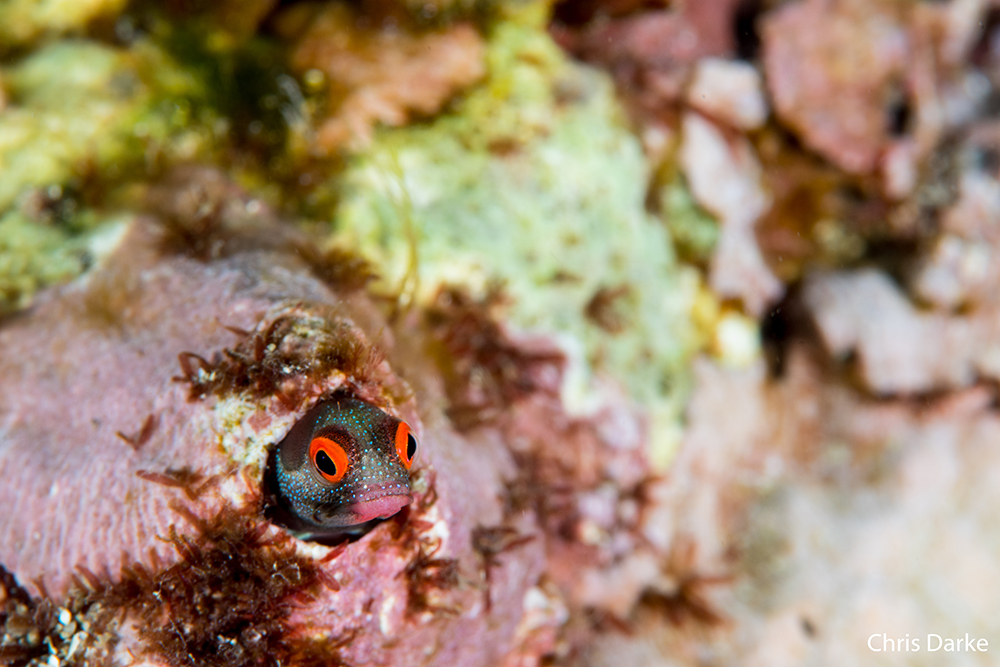 Harlequin Clown Shrimp – Found in pairs eating on starfish. Male & female with the female being larger. Gorgeous, they are all white with patches of purple, blue or orange-red. A macro photographers dream. 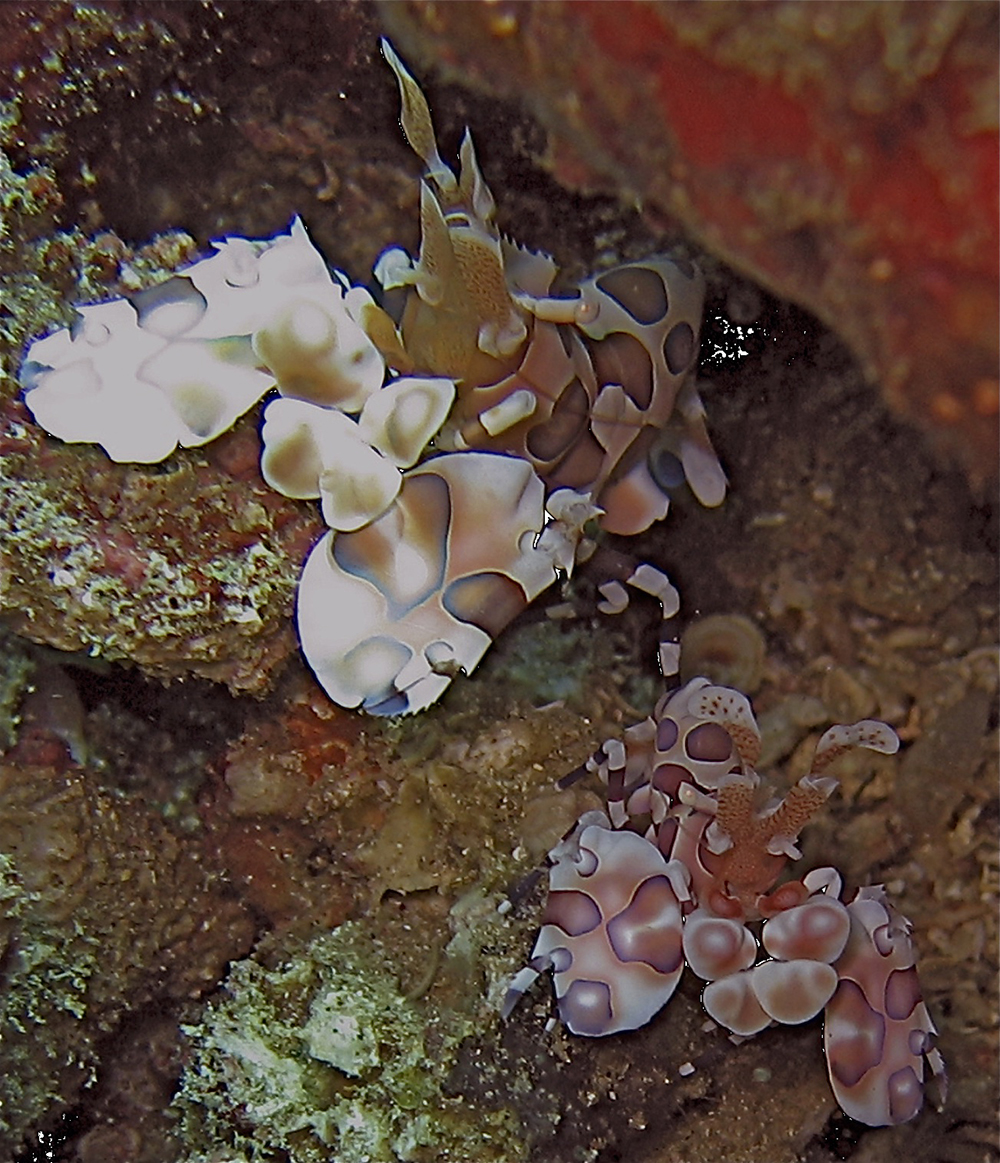 Octopus – Smaller than 2 feet, sighted around the volcanic rock formations in a hole or under a rock waiting to pounce on an un-suspecting lobster, there are several species. 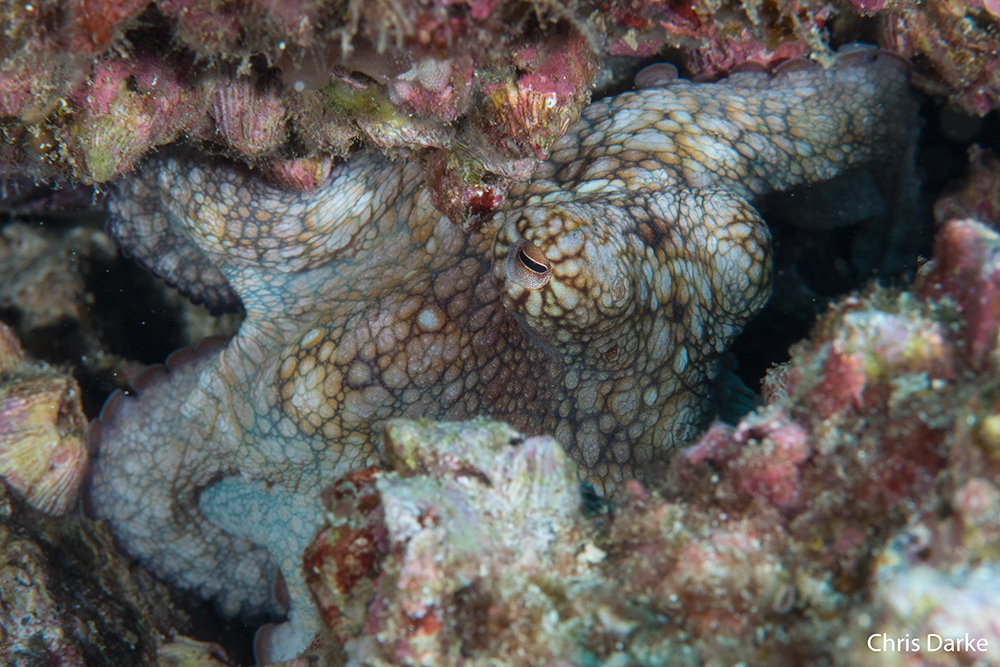 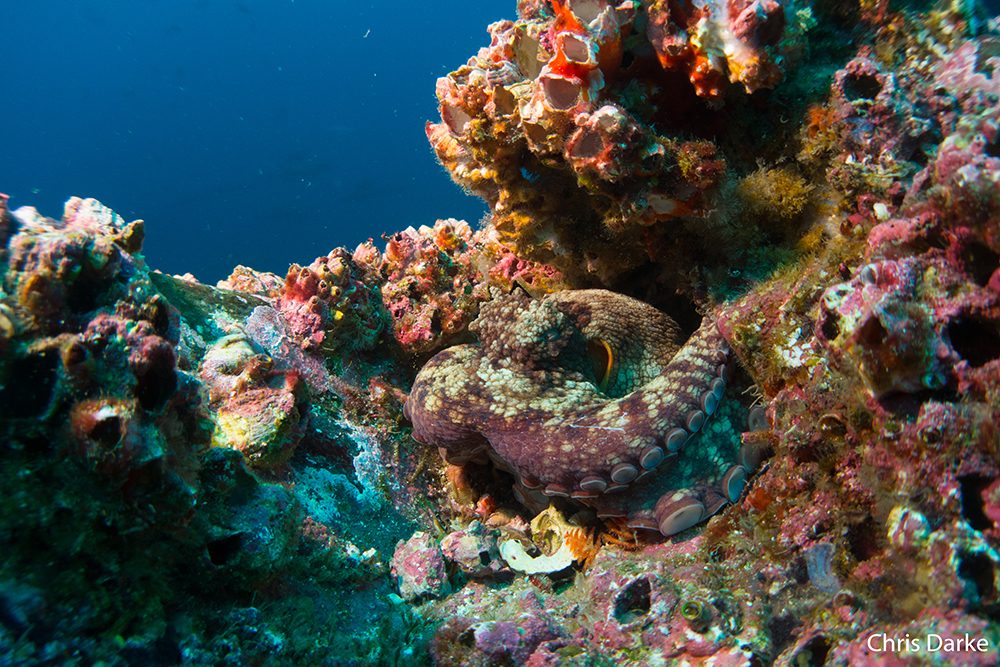 Marble Ray – Found in extremely large numbers at Cocos Islands. They feed on the bottom scooping up crabs and small critters. In the day time they are stacked up in the rocks like pancakes for protection. 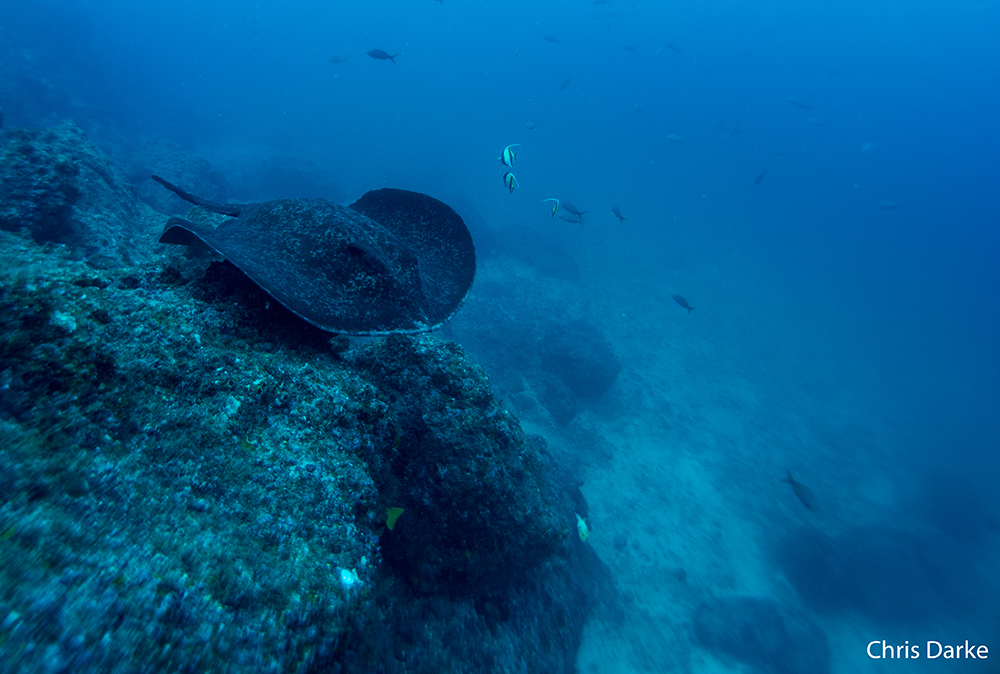 Blue & Gold Snapper – Shallow water reef fish up to 12 inches in size in probably no more than 50 feet in depth. Common on local dive sites in Gulf Of Papagayo 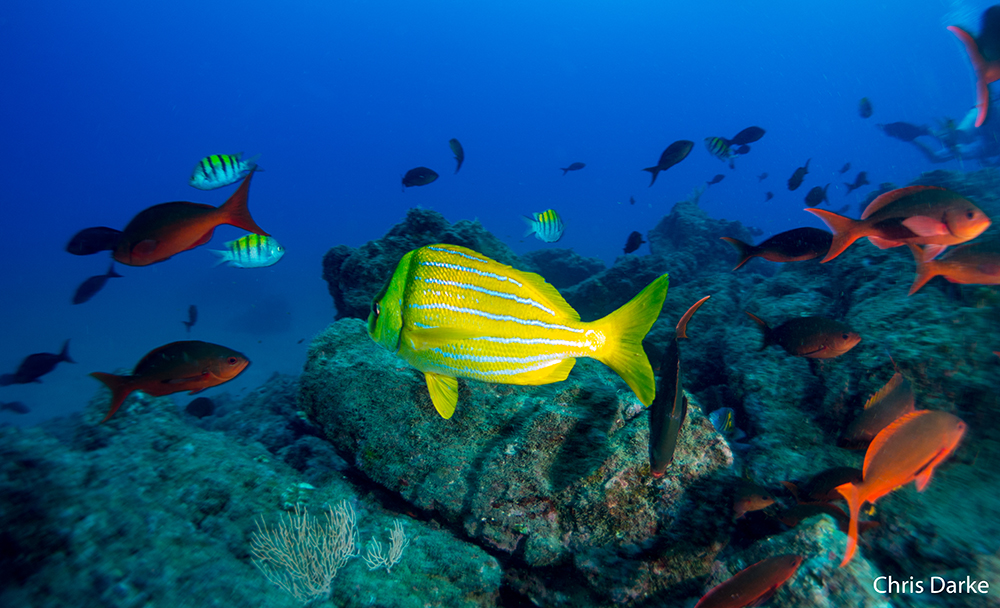 Striped Grunts – Found schooling in extremely large numbers throughout Gulf Of Papagayo, Bat Islands and local dive sites around volcanic pinnacles and rock formations at no more than 30 feet in depth. 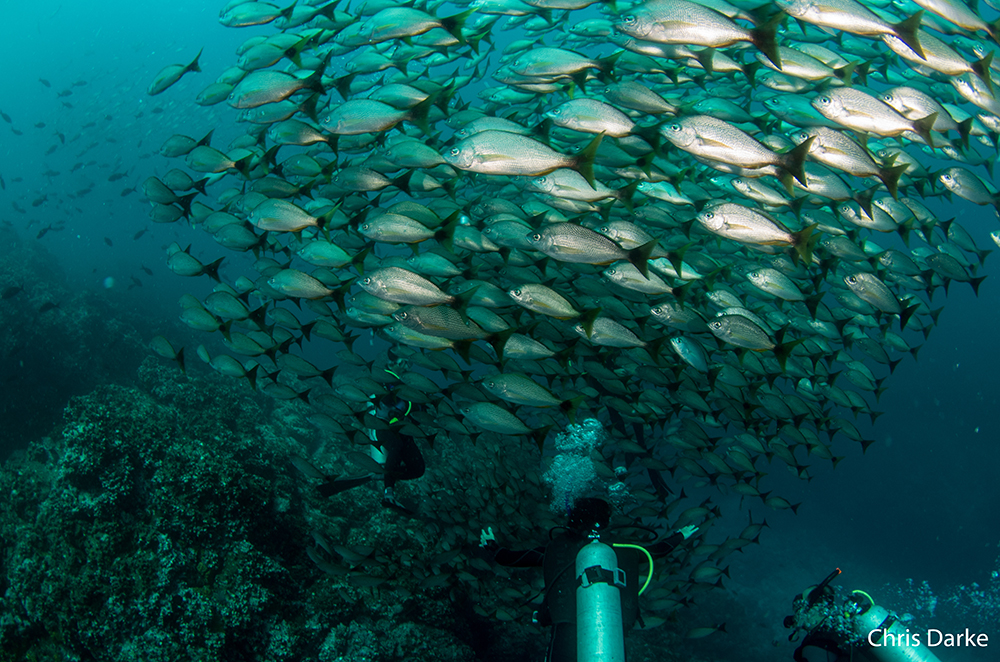 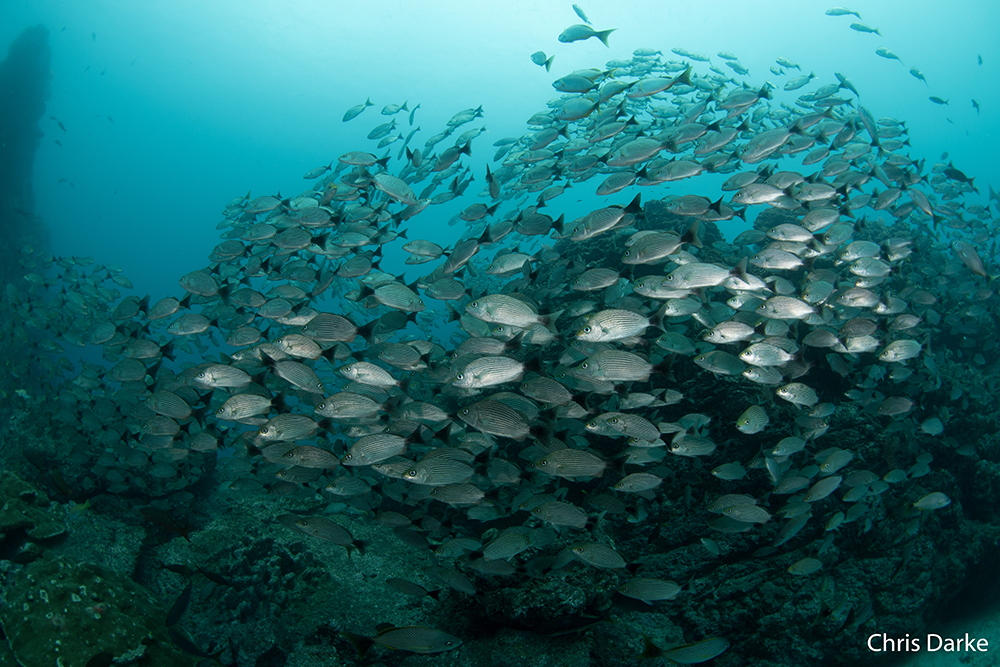 Moray Eel – Sixteen species of moray eels are found in our waters the most common being green, tiger snake, zebra, jeweled and mosaic and yes, they will bite you. 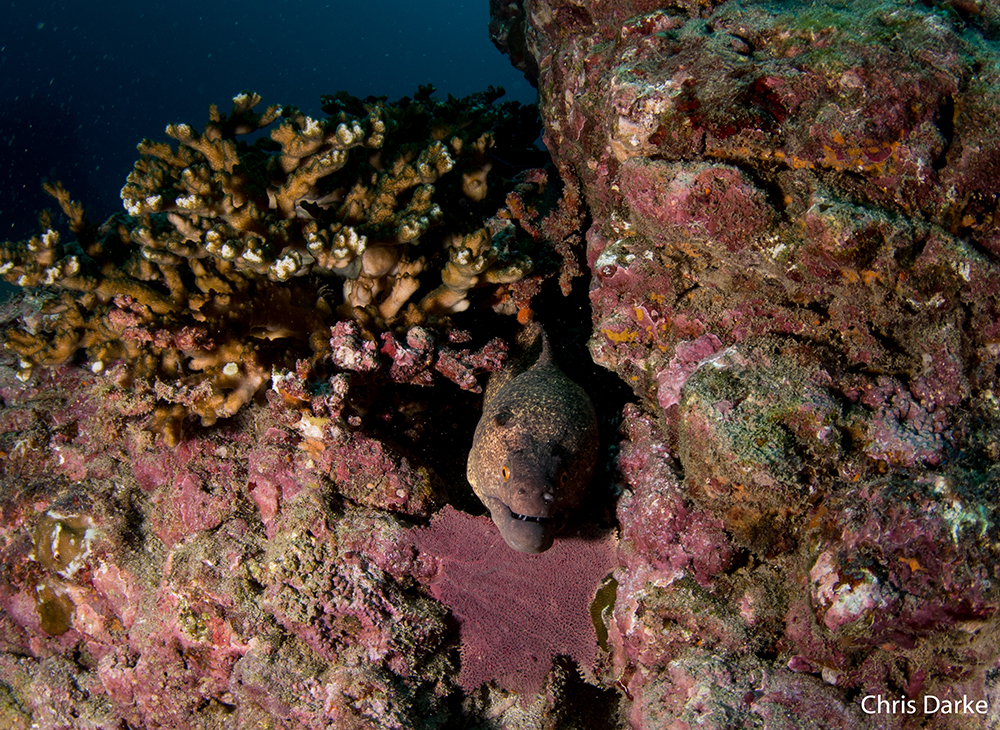 Panamic Porkfish – Is easily distinguished by its gold and blue stripes and may be found around rock formations up to 75 feet in depth in small schools that are up to 12 inches in length. 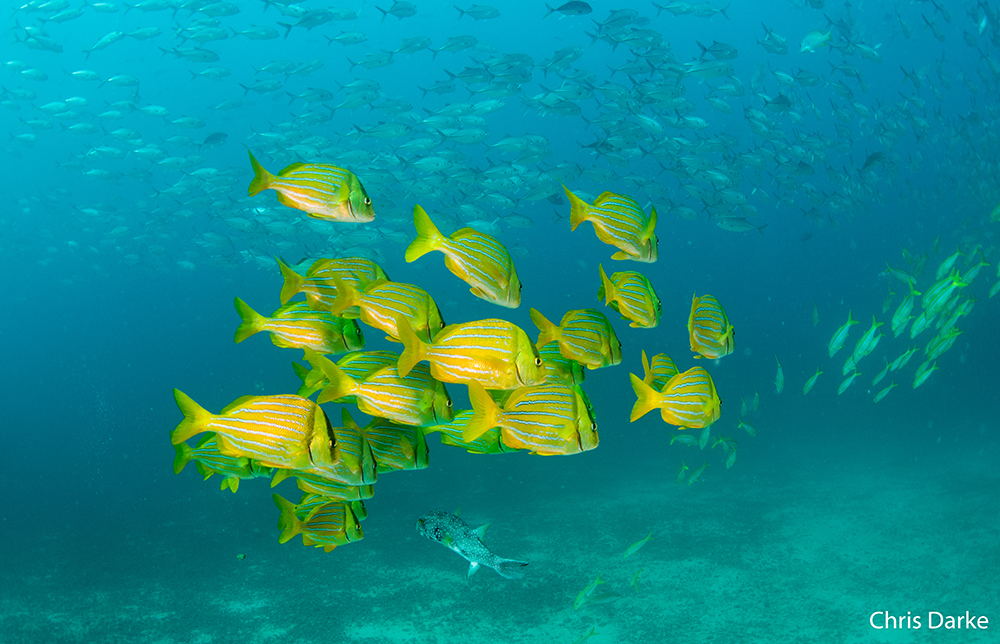 Big Eye Jack – Very large schools particularly around the Catalina Island and up to two and half to three feet in length. May stretch from the surface to more than 100 feet in depth. 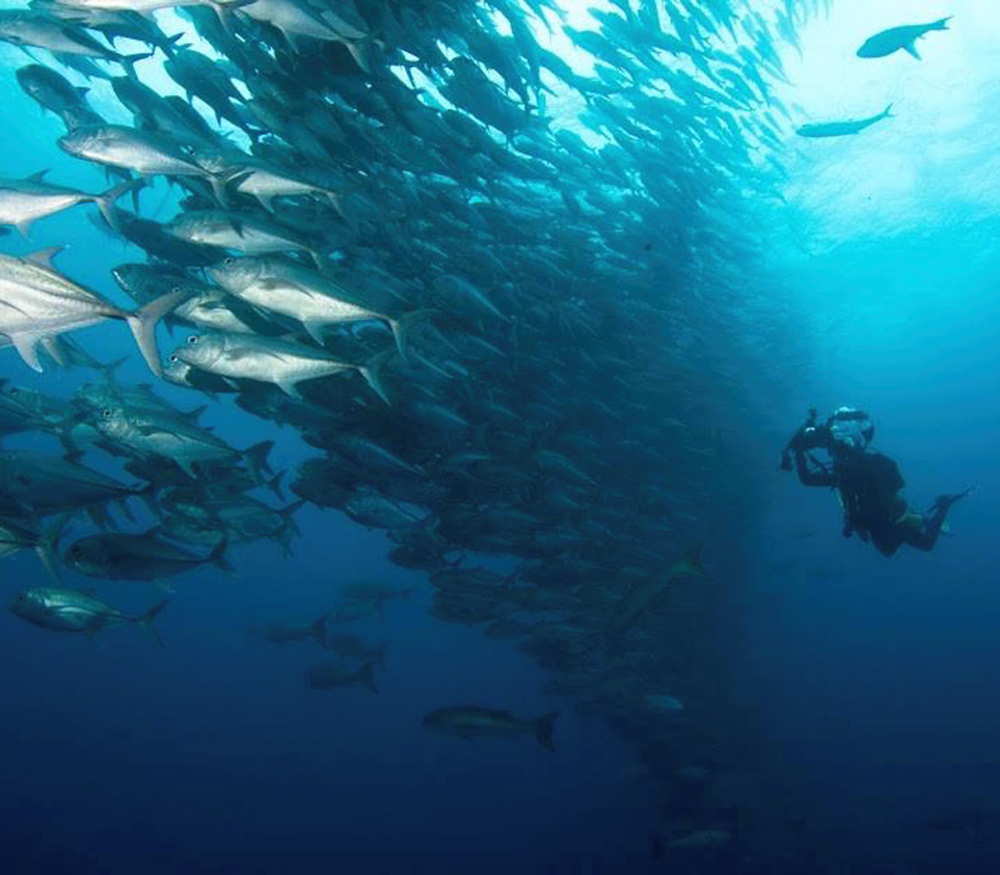 Cow Nose Rays – Seen is schools from 200 to 10,000 in the Gulf of Papagayo, Catalina & Bat Islands usually very near the surface. Very common and a sight to behold. 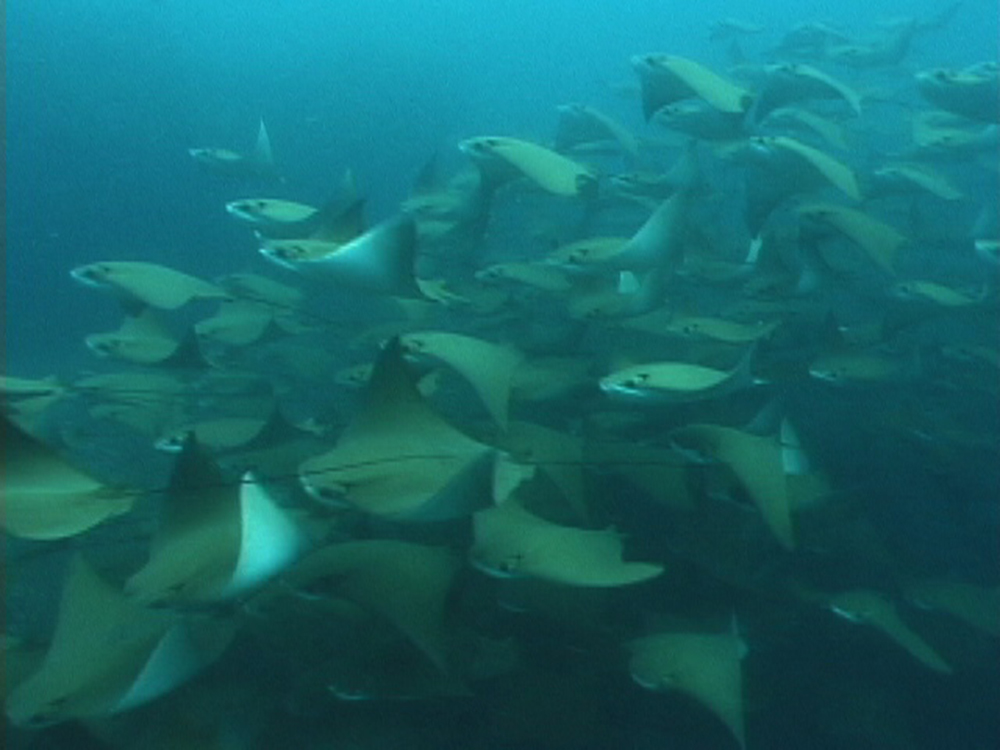 Spinner Dolphin – A small dolphin that loves to leap out of the water and ride the wake and the bow of the boat. Usually 20 to 25 in a pod except offshore where they are found in the thousands 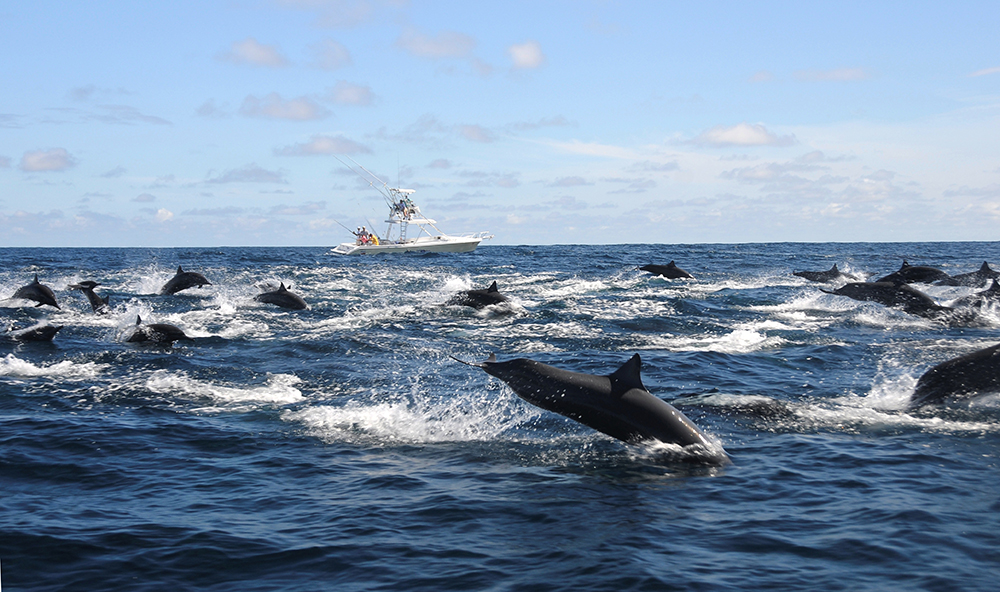 Sea Horse – Costa Rica has five different colors of sea horses and may be found is shallow water on all dive sites where they anchor themselves with their tail by latching on to grass or other growth. 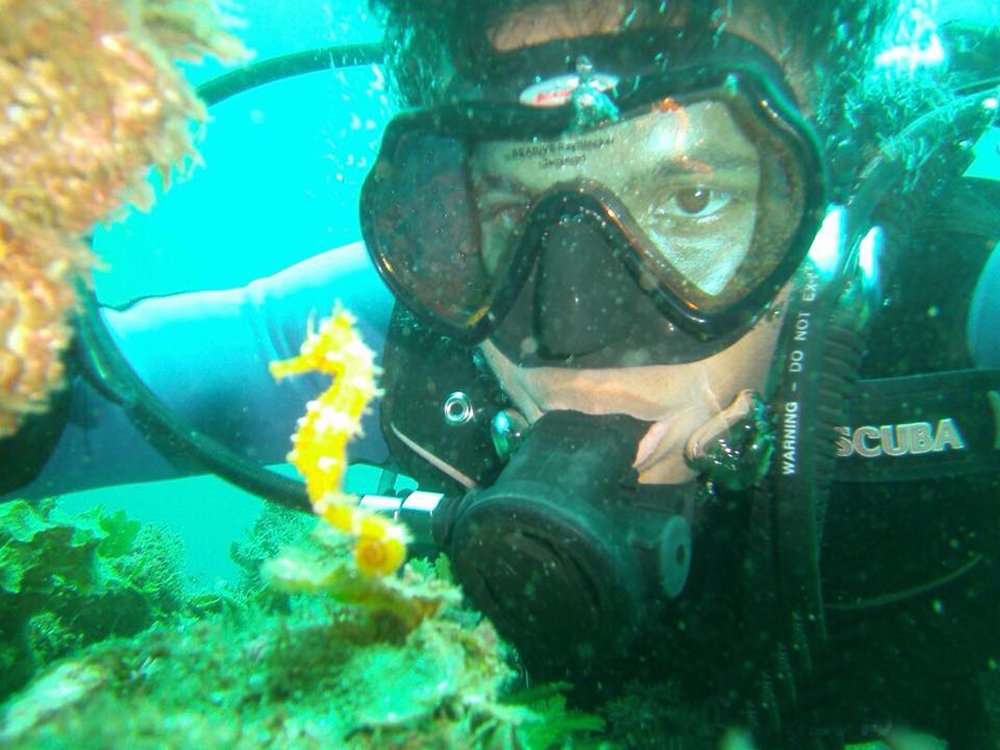 Whale Sharks – On the Pacific side of Costa Rica, these gentle giants are sighted near the surface every month of the year on any given dive site usually in the 25 to 35 foot range. 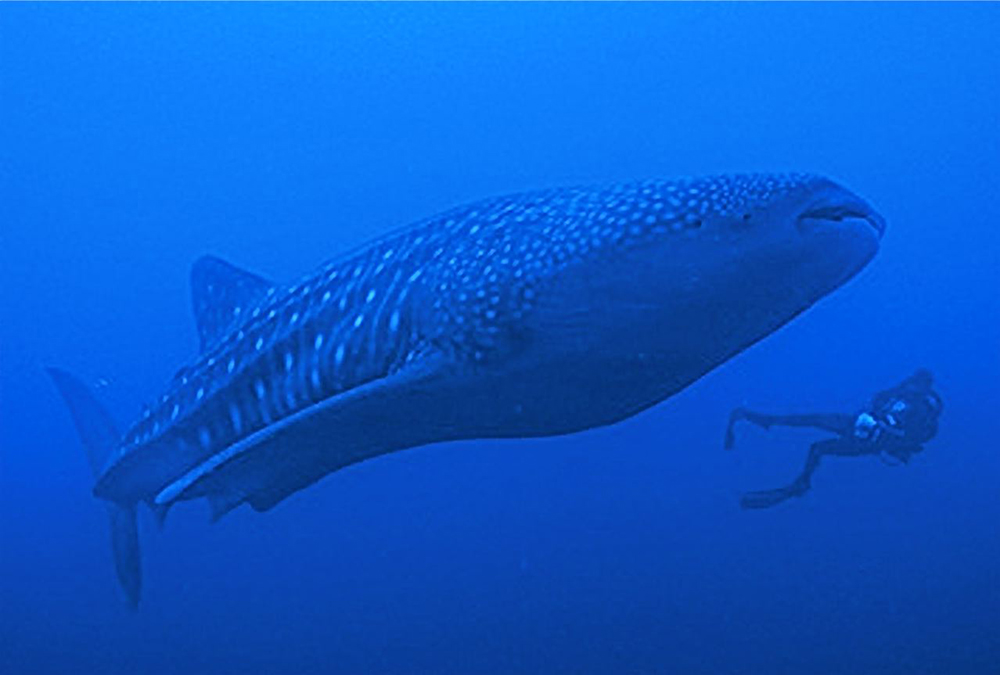 Humpback Whales – We are blessed with two migrations a year. One in the U.S. winter and the other in the U.S. summer. The females usually have a calf swimming along side and they are seen from the boat. 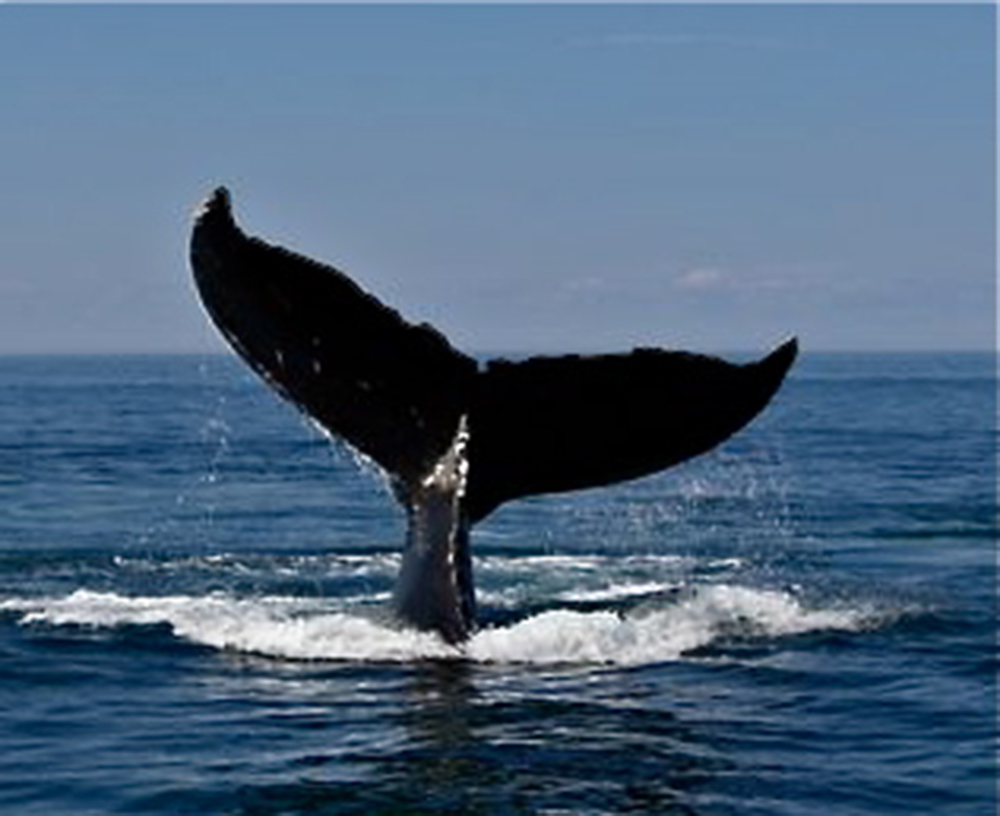 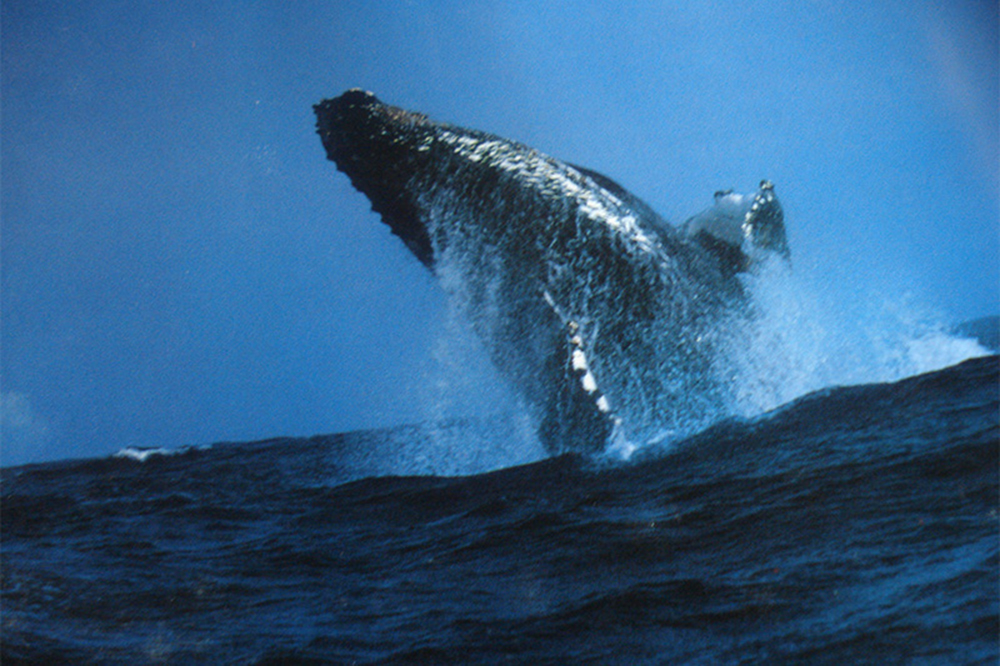 Orcas – Mostly seen in the U.S. winter time. Usually one or two sighted together but as many as seven have been observed together. 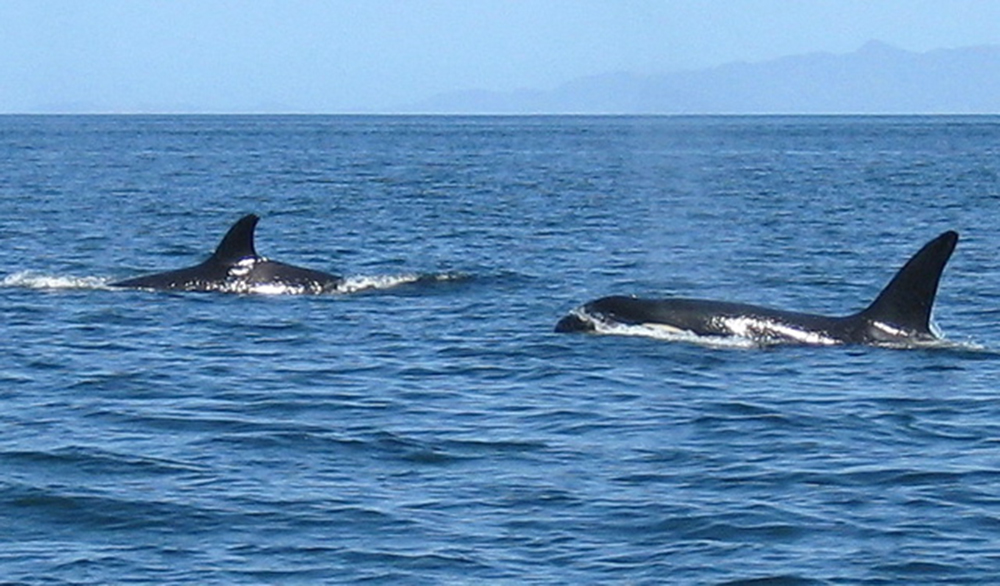 Hammerhead – Frequent encounters are had with schooling hammerheads during the day at Cocos Island, however they are known to make an appearance from time to time from many land based dive locations as well. 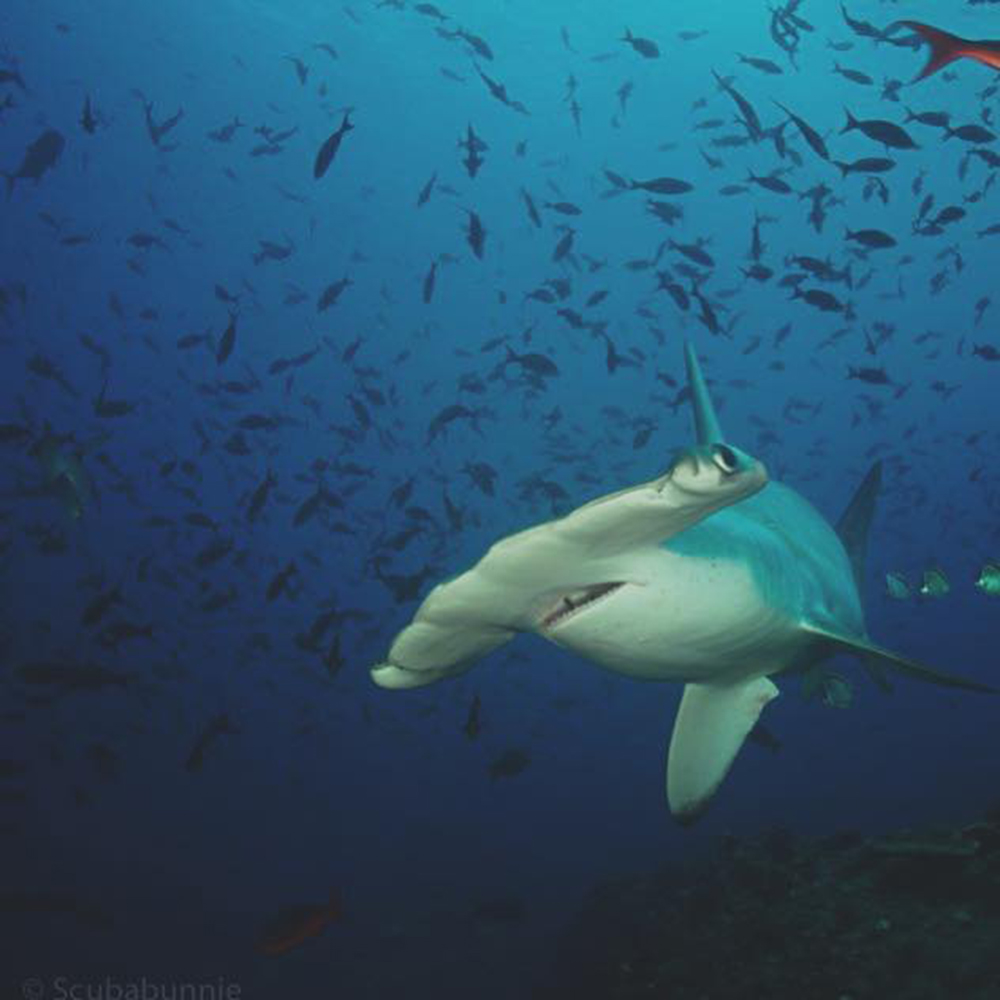 Pilot Whale – In schools of 15 to 20 they appear at the same times as the humpback whales. They are very friendly and may be approached by divers. 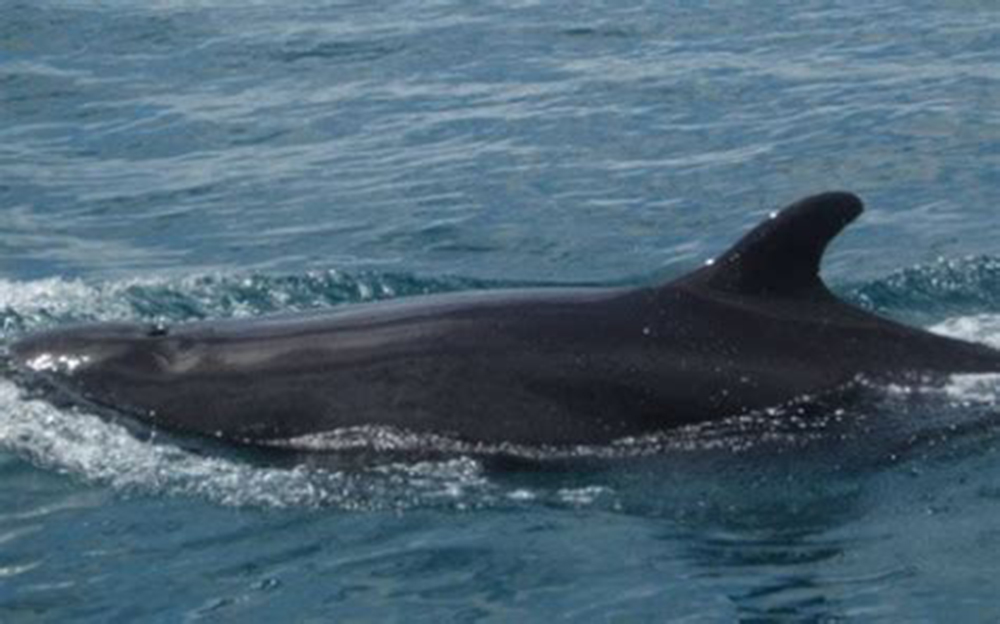 Spiny Lobster – There are ten different species of spiny lobster found in Costa Rica in shallow water under rocks and crevices but have been found deeper in high traffic areas. This highly prized seafood is prone to overfishing. 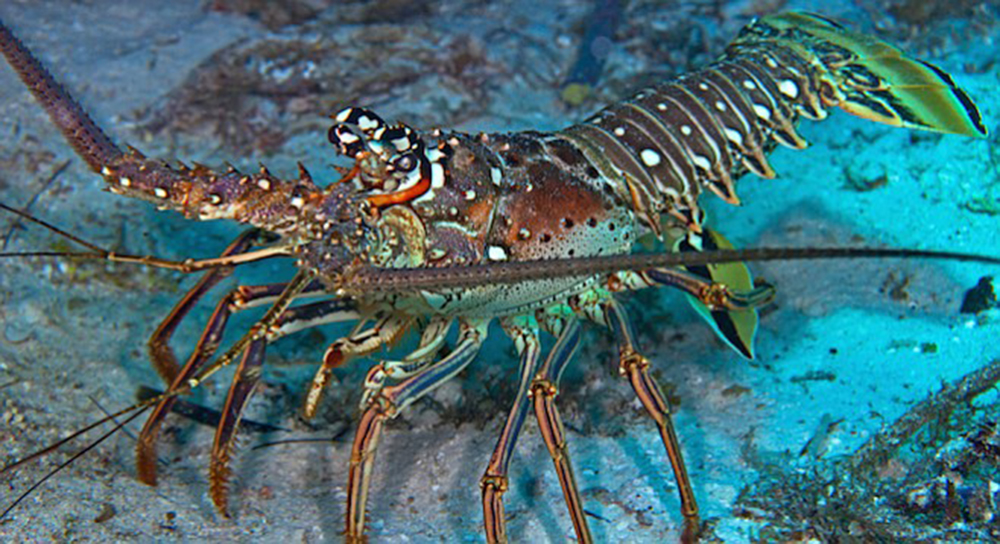 Nudibranchs – Several species are found in Costa Rica ranging from a match tip size pink one to a three inch lettuce leaf. They are hermaphroditic and carnivores. 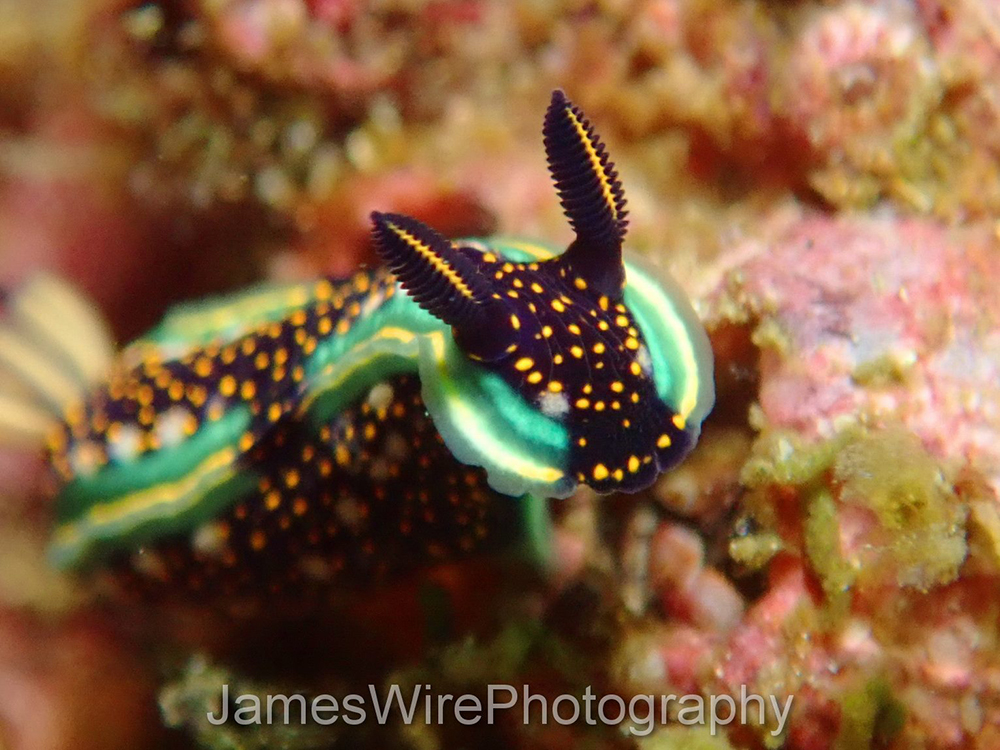 Southern Sting Rays – Year around residents but when the water is colder they are found in larger numbers on the bottom up to eight feet in width. The eyes are on the top of their heads and they have powerful jaws for cracking shellfish. 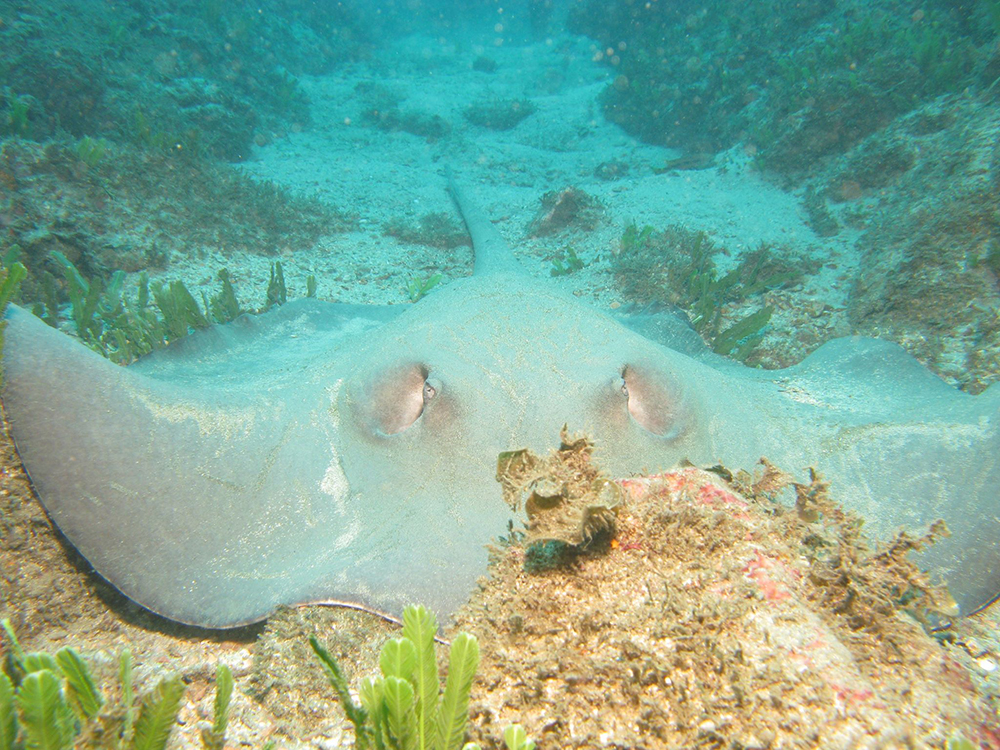 Goby – A delight in the rocks in Costa Rica. Bright orange and bright red they jump back in their holes when a dive approaches but if you have patience they will come back out, a real treat. 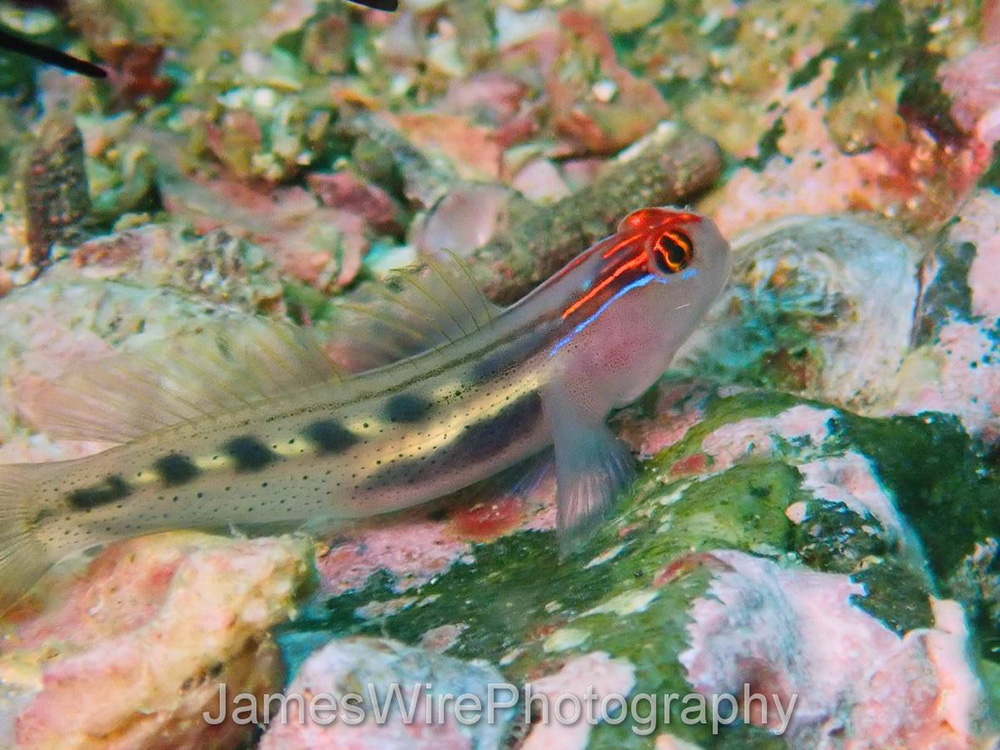 False Killer Whales – Very common in Costa Rica waters from Northwest to Southwest Pacific. They migrate to warmer water and are Costa Rica’s most amazing and intelligent residents. 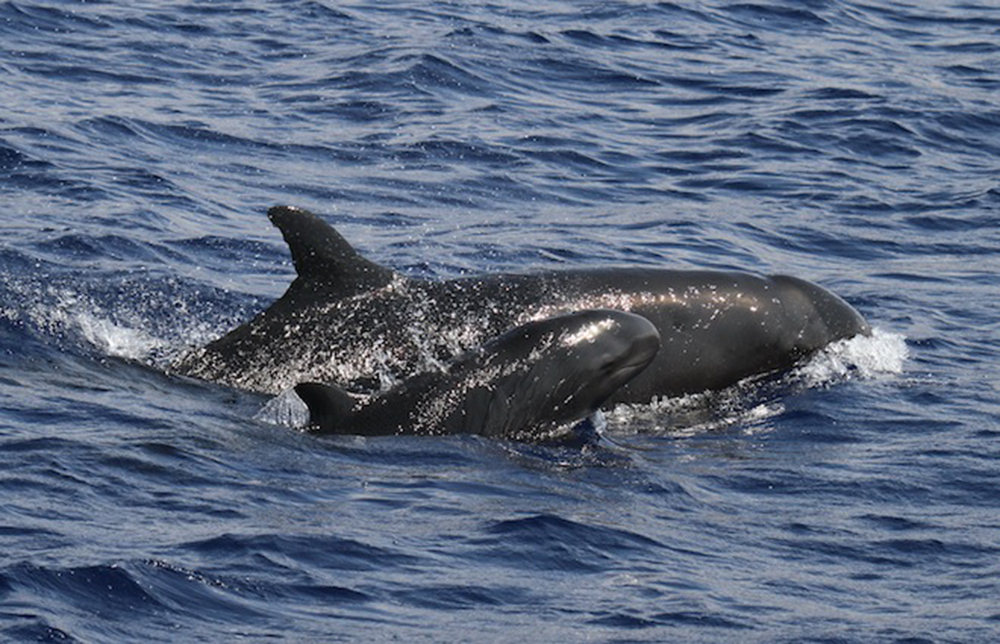